I had to break them in four and still battled to get them down his throat. I think even I would battle to swallow these pills as they are not only big, but also have no coating.

Luckily I have had several cats in a row that needed to be given pills daily for hyperthyroidism, so I can do it in seconds. I wait until they are sleeping or dozy, put my thumb and index finger on each side of their jaw to open it, pop the pill in, shut their mouth and stroke their throat to make them swallow. Never fails! By the time they realise what’s happening, it’s over. 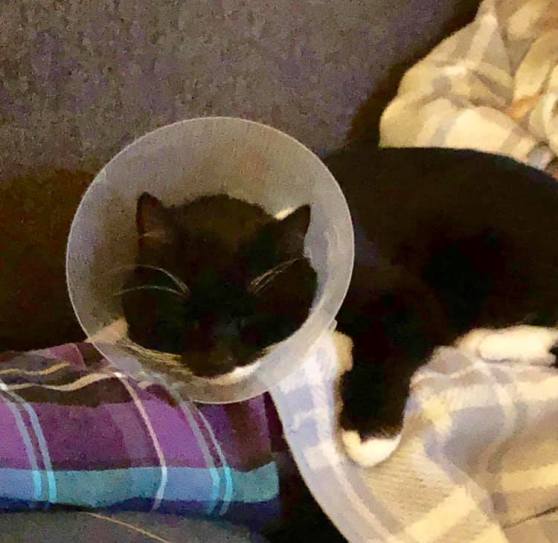 Fluffy has to wear the cone for 10 days. We left it on round the clock for 5 days, and then at the weekend we took it off while we were home during the day, and put it on when we were out and at night. He liked being able to give himself a good wash and get head scratches and boops from us. As soon as the cone came off Fluffy headed straight to my fiancé, who is his favourite person, for cuddles and a nap.