Home › Stationery, Notebooks and Organisers › Filofaxes and other ring organisers › Moved into the first ever Janet Leather binder

Moved into the first ever Janet Leather binder

After the EPIC fail suffered by my good self this week, where I was in the wrong place at the wrong time three times, I thought maybe a move to a different binder was what I needed. A change is as good as a holiday, right?

I usually switch binders every two or three weeks to prevent boredom and keep me using them with great enthusiasm. I have been in my undyed binder since November 2014 and have not wanted to move out. But this made me think that I do need a change – even if only a temporary one – to reinvigorate me and my organisation.

This personal-sized Van Der Spek custom binder is the first ever binder made from the first batch of Janet leather, which I found in the storage area of the Van Der Spek factory. It was full of marks and scars which is what I loved about it.

It is exactly the same design as my undyed binder except it has no ring protectors and is fitted with a second pen loop. The flyleaf has a secretarial pocket on the back for notes. I have a matching pen case for it.

It feels and smells gorgeous. The credit card slots are still very tight as it has never been used. This leather is fantastic – like leather used to be. Reminds me of the wild west! 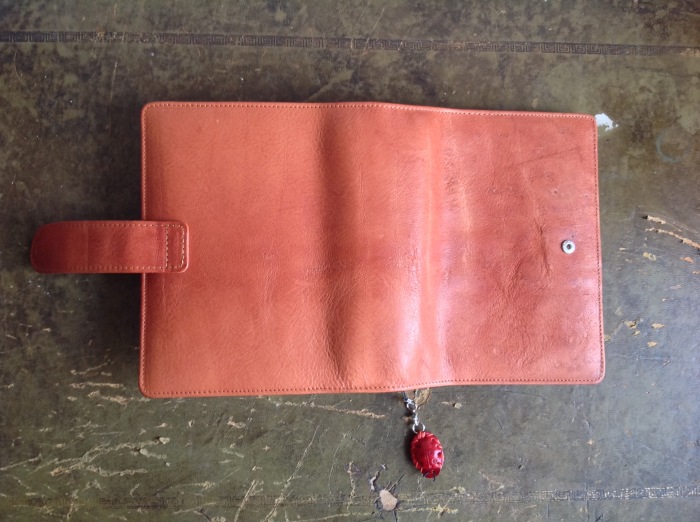 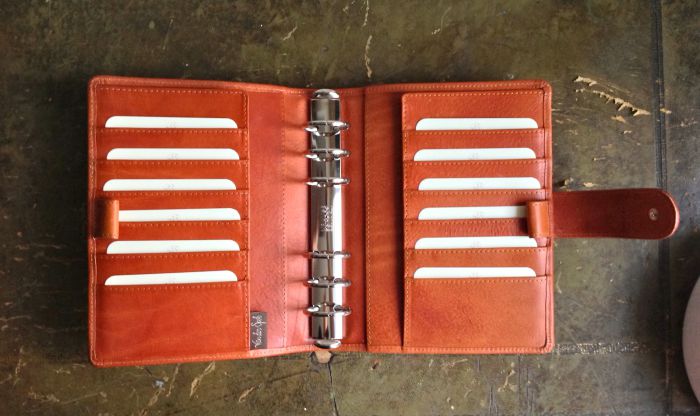 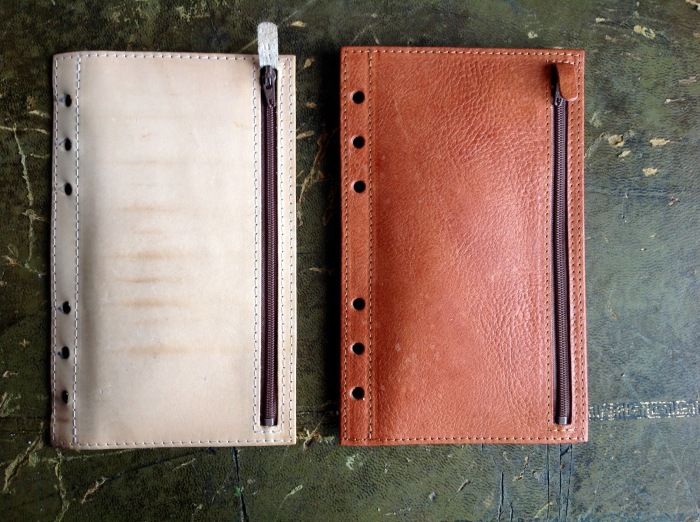 This is the leather it was made from: 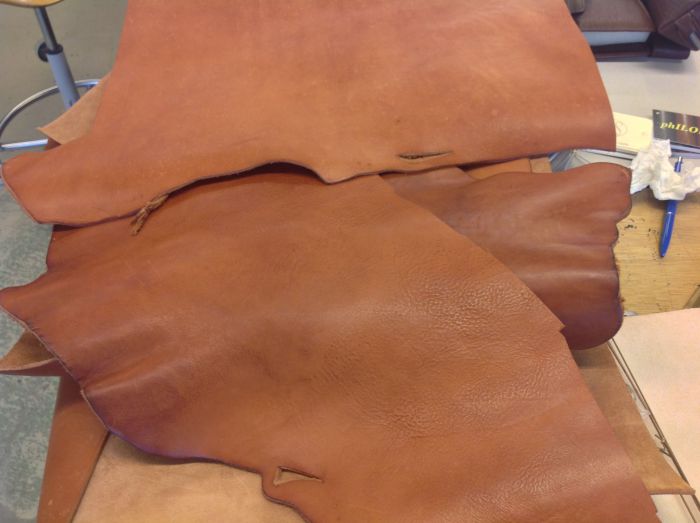 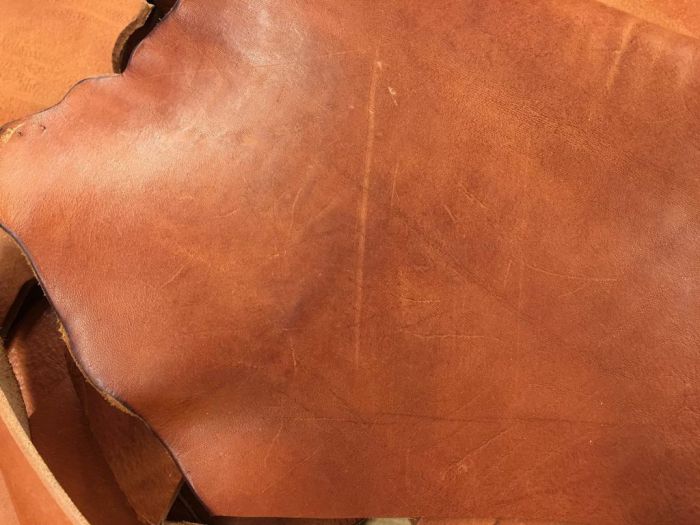 I watched it first being drawn up by Petra as I told her what I wanted, and then cut by JP, who asked me at every stage which part of the leather I wanted. 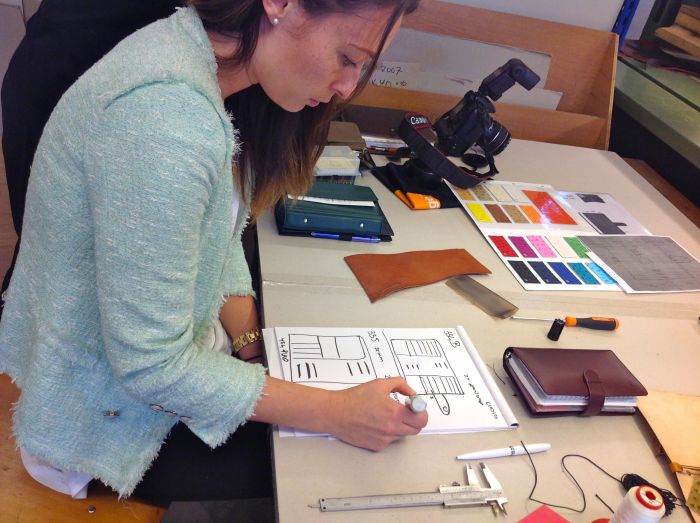 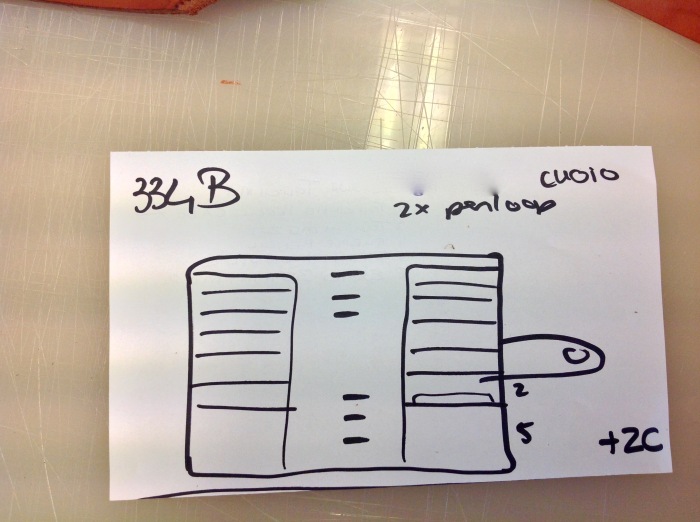 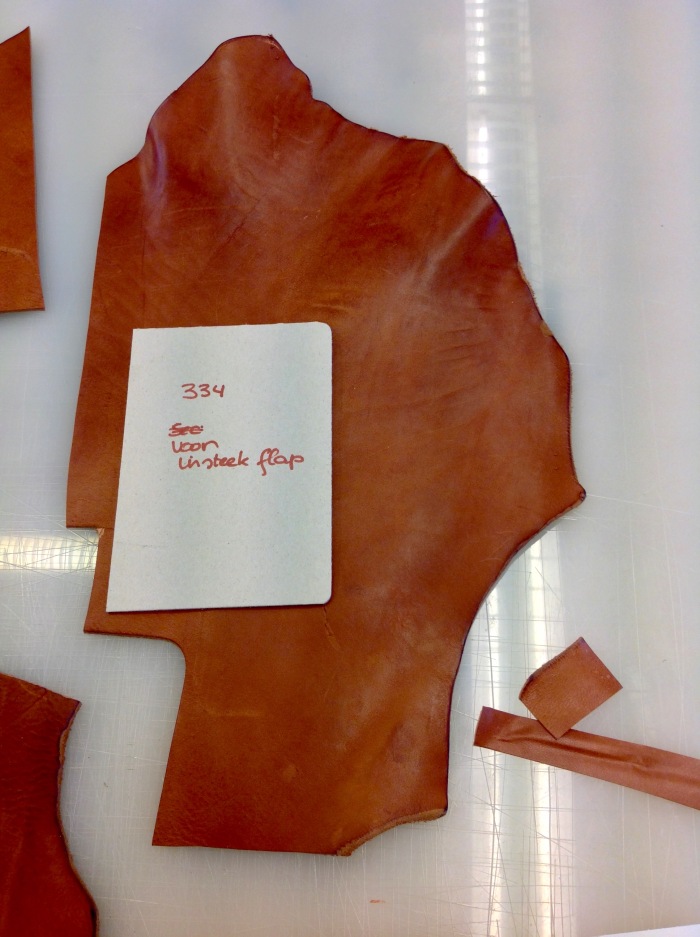 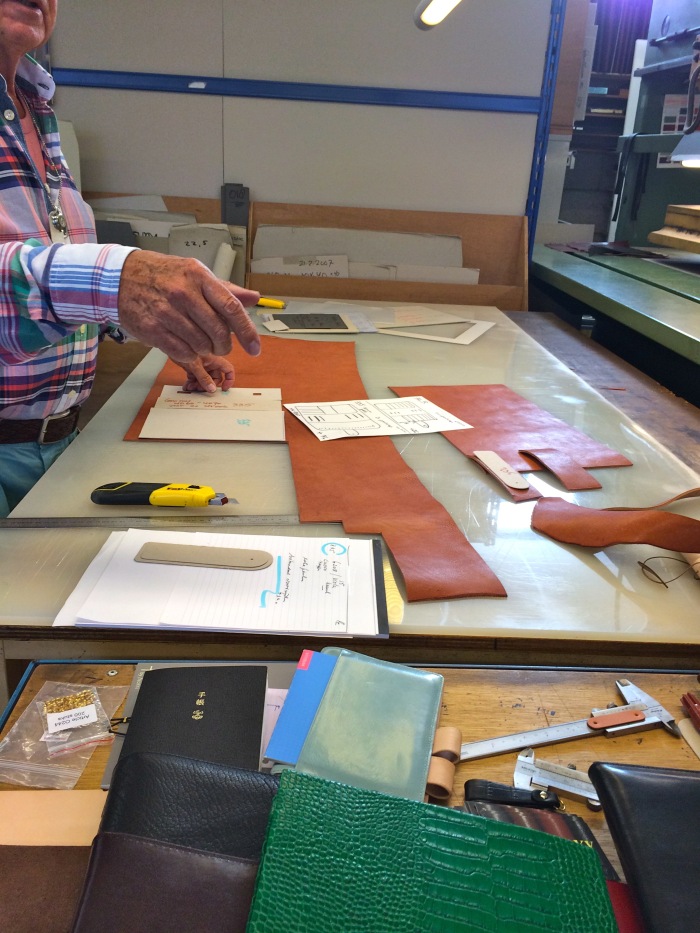 In the foreground you can see my Hobonichi (plus cover), and one of my Traveler’s notebooks which I took to Rotterdam with me so that Steve and I could brainstorm with the Van Der Speks about future products. To the left are the small grommets that Mr Van Der Spek used on the very first Nomad prototype. 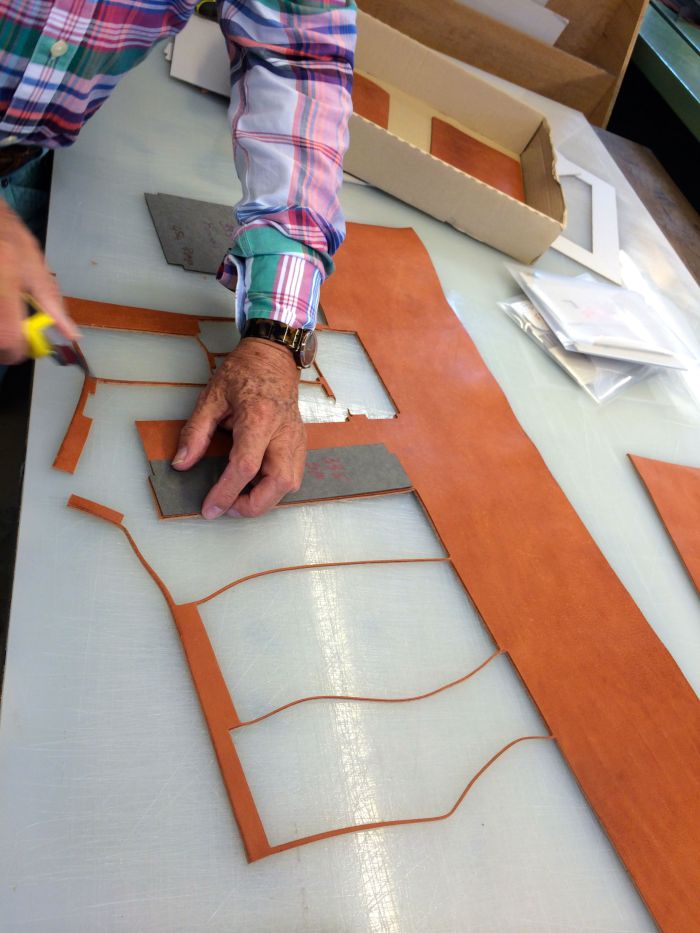 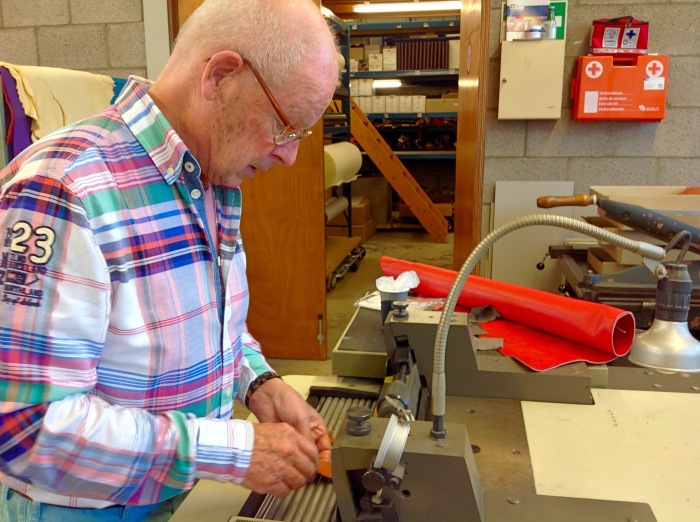 Like Loading...
‹ This is why I don’t mind getting older
Comparison of Janet Leather and Undyed Binders ›

Categories: Filofaxes and other ring organisers