Home › Vocabulary › Why does biweekly/bimonthly have two meanings?

Why does biweekly/bimonthly have two meanings? 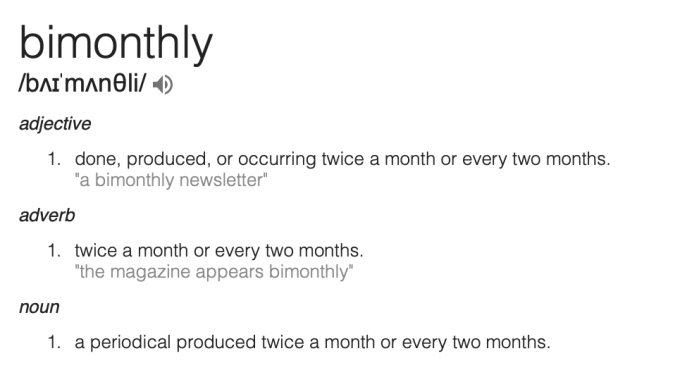 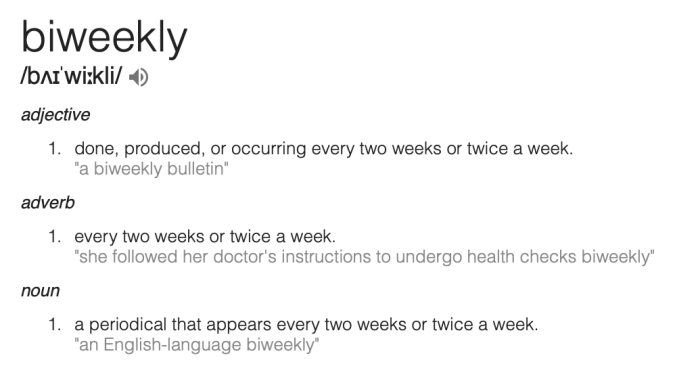 The unfortunate answer is that it means both “twice a week” and “every two weeks,” and there is no “right” meaning. The situation is the same with “bimonthly,” which can mean “twice a month” and “every two months.”

It all depends on the context, and usually, people using the word make the assumption that everyone knows what they mean. In modern magazine publishing—what’s left of it, at least—“biweekly” always means “every two weeks,” a sense that’s increasingly obvious as weekly magazines reduce their schedule of print publication for financial reasons. But when the word first appeared, in the early nineteenth century, the situation was the opposite—“biweekly” was used chiefly in reference to newspapers, when it meant “twice a week.” (Triweekly newspapers—that is, three times a week—were also not unusual at the time.)

This confusion is not new. In 1844, a correspondent wrote to the Southern Literary Messengercomplaining about the ambiguity of “bimonthly” in magazine publishing: “When a newspaper is published ‘bi-weekly’, we receive two copies a week…but the ‘New York Journal of Medicine’ comes to us once in two months instead of twice a month. If ‘bi-weekly’ means twice a week… why should ‘bi-monthly’ mean once in two months, and not twice a month?” Incredibly, the publisher of theNew York Journal of Medicine replied, explaining that their editors were themselves confused, and couldn’t find “biweekly” or “bimonthly” in any dictionary; they considered using “bimensal” but eventually decided it would have been too pedantic and went for “bimonthly” instead.

If you encounter an example where there isn’t any way to tell what the writer meant, there’s not much you can do—both senses are entirely current. Appealing to the dictionary won’t help (modern dictionaries list both meanings anyway). In your own writing, there are a few possible solutions. The simplest is to avoid prefixes altogether, specifying “every other month” or “twice a week” and so forth. Another is to use unambiguous words where possible: “semi-“ always means “twice each”; a magazine appearing every two weeks could unambiguously be described as appearing “fortnightly” (though this word is somewhat more pretentious in the U.S. than in the U.K.); “biennial” always means “every two years” (though “biannual” remains potentially ambiguous).

Finally, you can use a combination of a “bi-” word and additional context: “We’ll be having biweekly meetings on Mondays and Thursdays at 3:00.” It’ll have to do.(source) 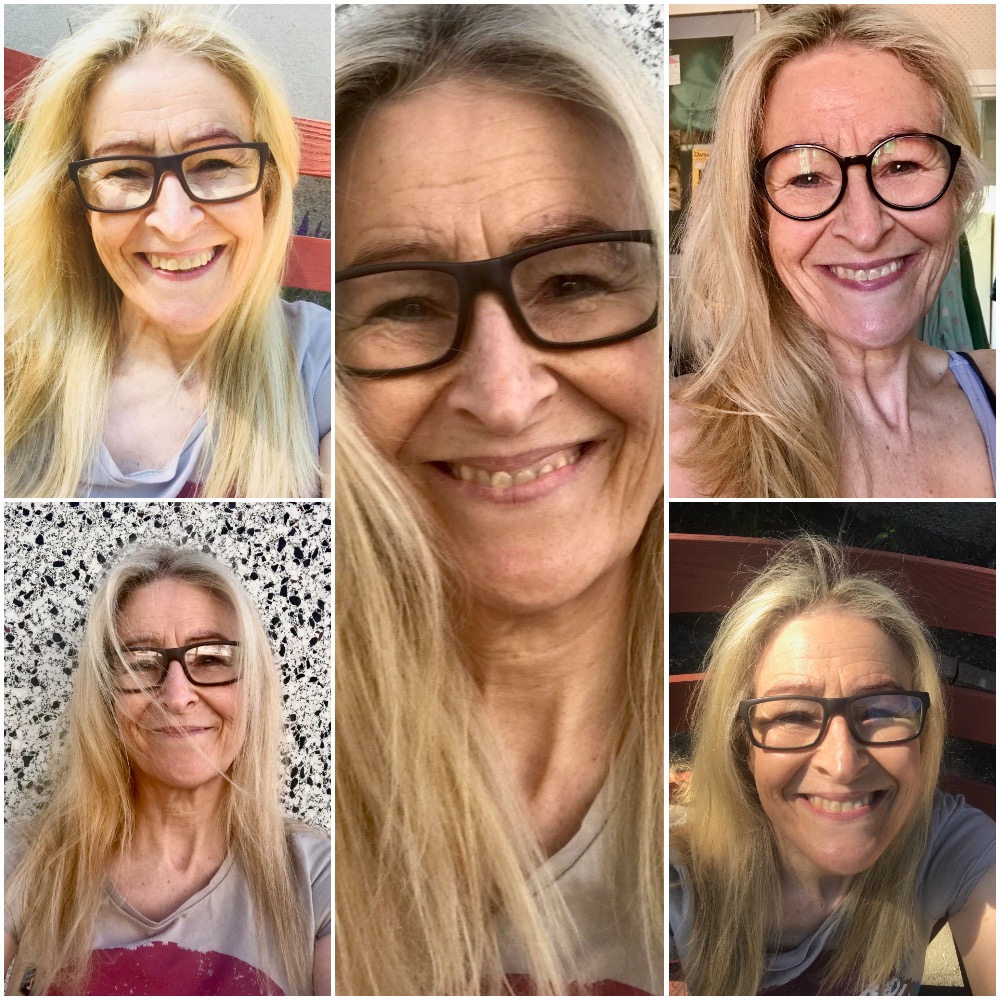 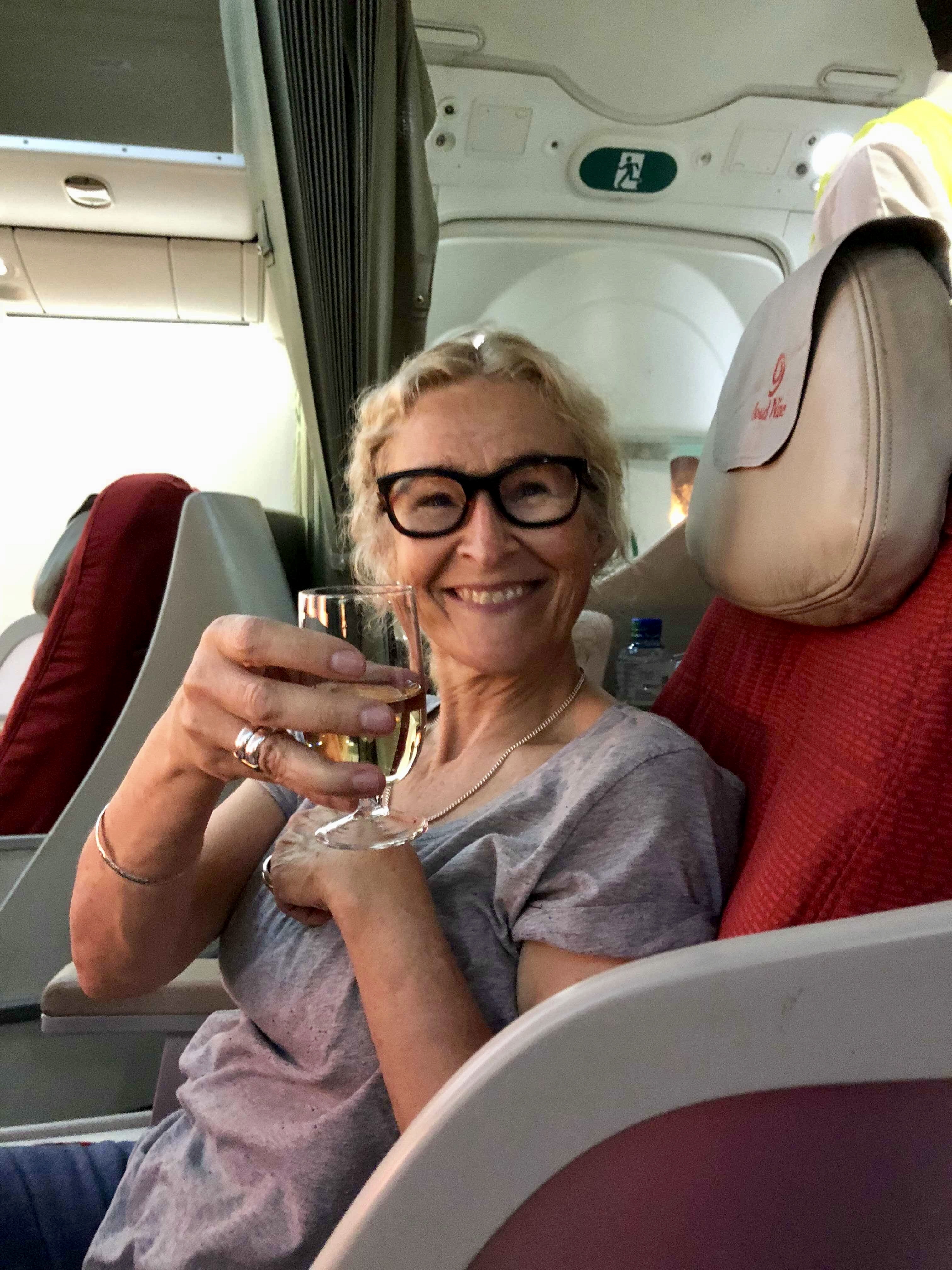