Engagement customs around the world

I got engaged about 6 weeks ago but we only exchanged rings ten days ago in Riga. When we posted photographs of our plain gold bands on Facebook, almost everyone thought we had married – probably because they knew we had been engaged since about September. That made me think of engagement and marriage traditions around the world.

Do any of my readers come from a country with special engagement traditions? I would love to learn all about them! I have had a traditional diamond engagement ring in the past but I have always liked the simple functionality of a plain gold band. I was always worried about banging and losing the stone and used to hate leaving it in for 10 days every few years to have the setting checked and tightened. My partner asked if I would prefer a diamond but I wanted something plain, so we had matching gold bands custom-made from ethically sourced recovered gold. They have inscriptions inside.

Riga was lovely. The Baltic capital cities (Tallin (Estonia), Riga (Latvia), and Vilnius (Lithuania)) are pretty and still relatively quiet countries (as in they have not been invaded by tourists yet) and their old parts of town all look similar to each other.

Riga has the most amazing food market I have ever come across – held inside 5 huge Zeppelin hangars. I have never in my life seen such a big market. Each hangar had a different specialty: fish in one, meat in another, and fruit and vegetables in yet another. It was overwhelming but in a nice way. Outside the big hangars there were locally made handicrafts available. I bought an intricately knitted black hat because it was a bit cold. It cost €5. 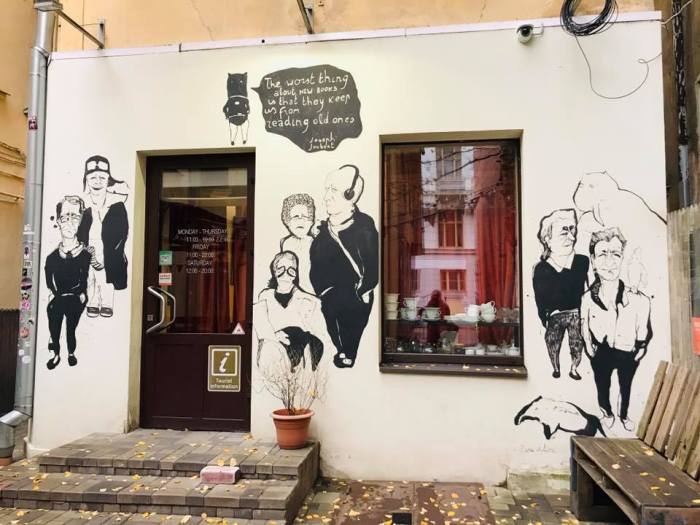 Like Loading...
‹ How many dogs does it take to change a lightbulb?
A wonderful young entrepreneur and her soap shop ›